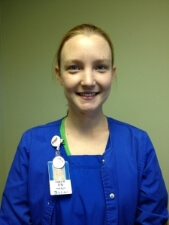 "They had lost everything and they still wanted to be hospitable and give us what they could."

Those are the words of St. Luke's ICU registered nurse Anna Rathbun, who experienced a dose of a reverse culture shock when she arrived back in the U.S. a couple of days before Christmas, having spent two weeks bringing medical aid to survivors of the November typhoon in the Philippines.

She said that during her visit - a month after Typhoon Haiyan struck the Philippines – the signs of the typhoon's devastation were still obvious – homes destroyed by the typhoon lay in ruins, power lines remained down and debris washed ashore constantly.

Rathbun, who has worked at St. Luke's since 2011, traveled to the Philippines with RN Response Network, the disaster relief arm of the National Nurses United union.

She was part of a group made up of five U.S. nurses, from Minnesota, Maine, Massachusetts, California and Arizona, and about 20 members of a medical team from Singapore.

"It was really interesting because we had basically no supplies," said Rathbun. "In the ICU I'm used to monitors and all of this equipment, and stripping all that away and going back to basics and doing what I could – it was really different."

One of the surp 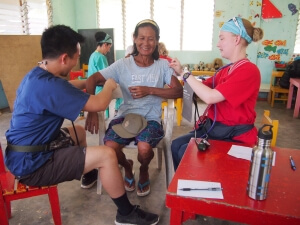 rises of the trip for her was that the majority of the patients they treated were not suffering from illness or injury as a direct result of the typhoon – but rather, from chronic health conditions, such as hypertension, diabetes, and respiratory issues.

It helped her realize the ongoing need for medical care to the population – something the RN Response Network will address as it continues to send out teams of RNs for months to come.

For more information or to donate to the RN Response Network, visit the website: http://www.nationalnursesunited.org/pages/rnrn-disaster-relief-fund