Jo Ann Hoag to Retire After 39 Years At St. Luke's 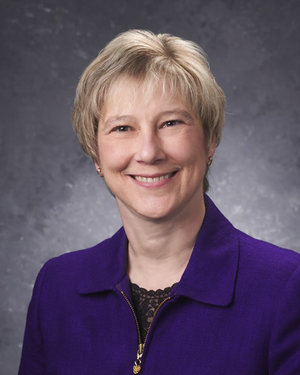 After 39 years with St. Luke's, Jo Ann Hoag, Vice President of Regional Development and President/CEO of Lake View hospital, will retire on July 11, 2014.

Hoag's leadership skills were evident early on as she became a Head Nurse five years out of nursing school. A St. Luke's vice president since 1997, she oversees collaborative regional activities and legislative initiatives to enhance regional health care. She became the interim President/CEO of Lake View hospital and clinic in Two Harbors in 2012 and was named officially to that position in 2013.

In addition to her work at St. Luke's and Lake View, Hoag is very active in the community. She has served on more than 20 boards and currently chairs the Kitchi Gammi Club board, and is on the Wilderness Health executive committee and board. In November 2013, she was honored by the Program for Aid to Victims of Sexual Assault with a Service Award for her instrumental work in developing the Sexual Assault Nurse Examiner program. And in April, she received the prestigious Women's Health Leadership TRUST award for outstanding contributions in health care leadership.

"Jo Ann has been a tremendous asset to St. Luke's through the years, as well as a great community advocate and we want to wish her well as she enters retirement," said John Strange, St. Luke's President/CEO.

With Hoag's retirement, Greg Ruberg has been named Lake View administrator and he is responsible for the day-to-day operations.