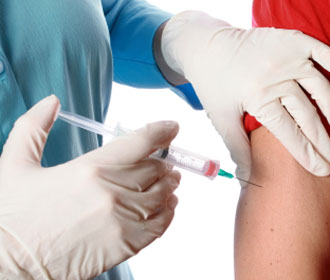 Flu season is around the corner. And even though it gets a lot of attention every year, there is still quite a bit people don't know about influenza. Linda Van Etta, MD, an infectious disease physician with St. Luke's Infectious Disease Associates, shares information you may not know.

When it comes to symptoms, people are confused about what symptoms are associated with influenza. "People will say someone in the family has flu because they have diarrhea, nausea and vomiting," says Dr. Van Etta. These symptoms are not influenza, but viral gastroenteritis and most likely are caused by the norovirus. The Centers for Disease Control and Prevention (CDC) lists flu symptoms as: fever, chills, cough, sore throat, runny or stuffy nose, muscle or body aches, headaches and fatigue. "Influenza is a severe infection of the upper respiratory tract," she says. "If you have true influenza, it is memorable and you don't want it to happen to you."

Flu travels quickly around the world

The most severe flu season was in 1918. It killed between 30 million and 50 million people worldwide, including an estimated 675,000 Americans, and the virus took six months to travel around the world. In 2009 the flu pandemic spread across the world in six weeks. "We say infections are only an airplane ride away," says Dr. Van Etta. When flu presents as a pandemic, the following year it becomes the seasonal flu. "We don't know how many years an influenza strain will circulate," she says, so it's good to be vaccinated and protected.

There are two kinds of flu virus: influenza A and influenza B. Influenza A is what causes pandemics. Flu strains come in different combinations and follow a worldwide naming convention from the World Health Organization that distinguishes two different proteins on the virus: hemagglutinin and neuraminidase. That's why you hear terms such as H1N1, which was the name for the 2009 virus.

"Current vaccines are trivalent, meaning they protect against two A strains and one B strain," says Dr. Van Etta. "We now have a new quadrivalent vaccine this year that protects against two A strains and two B strains." There is also a nasal spray that is most effective in children and young adults, and a high-dose vaccine that is very effective for people age 65 and older. "We recommend that everyone over the age of six months get vaccinated," she says. For people with extreme needle phobia, there is a new intradermal vaccine with a needle that is 90% smaller than a regular vaccine needle, and it goes into the skin rather than the muscle. St. Luke's has all of the vaccines available to patients this year. Talk to your St. Luke's doctor about the vaccine that is most appropriate for you and your family members.

Most people don't realize that last year's flu was very bad. "Here at St. Luke's, we had more people hospitalized for influenza last year than we did during the pandemic of 2009," says Dr. Van Etta. With the nasal spray, smaller needles and new quadrivalent vaccines, people have many options to protect themselves and stay one step ahead of this year's influenza virus.