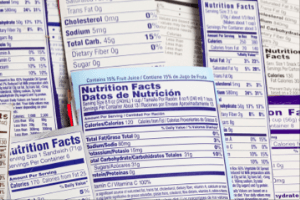 Everyone is aware of the effect too many sweets can have on the waistline. Along with contributing to obesity, too much sugar can also lead to serious medical conditions, such as heart disease and type 2 diabetes. Many a waist-watcher has cut back on desserts, ice cream, cookies, and candy, but not found the weight-loss success, or the health improvements, they hoped to achieve.

"People don't realize how many foods contain this hidden sweetener," says Dr. James Donovan, family physician at Miller Creek Medical Clinic. "Condiments such as ketchup, mayonnaise and salad dressing, and foods like peanut butter, bread, fruit juice, soda, and cereal typically have high fructose corn syrup. So cutting back on desserts is not enough; people really have to look at food labels."

The reason high fructose corn syrup is a problem is because of how it's processed by the body. "It's very similar to how the body processes the sugar in alcohols such as beer and wine," says Dr. Donovan. When someone has beer, wine or liquor, the liver converts the sugar, called ethanol, into fatty acids. This fat then collects as plaque inside the arteries. Too much plaque increases the risk of heart attack, stroke, obesity, inflammation, and the dreaded beer belly.

Like the sugar in alcohol, high fructose corn syrup also is processed by the liver, increasing the production of fatty acids and increasing the risk of heart disease and type 2 diabetes. "This is affecting children, as well as adults," says Dr. Donovan. "When children eat foods loaded with high fructose corn syrup, they increase their chances of developing obesity-related diseases, including diabetes, which we used to see only in adults."